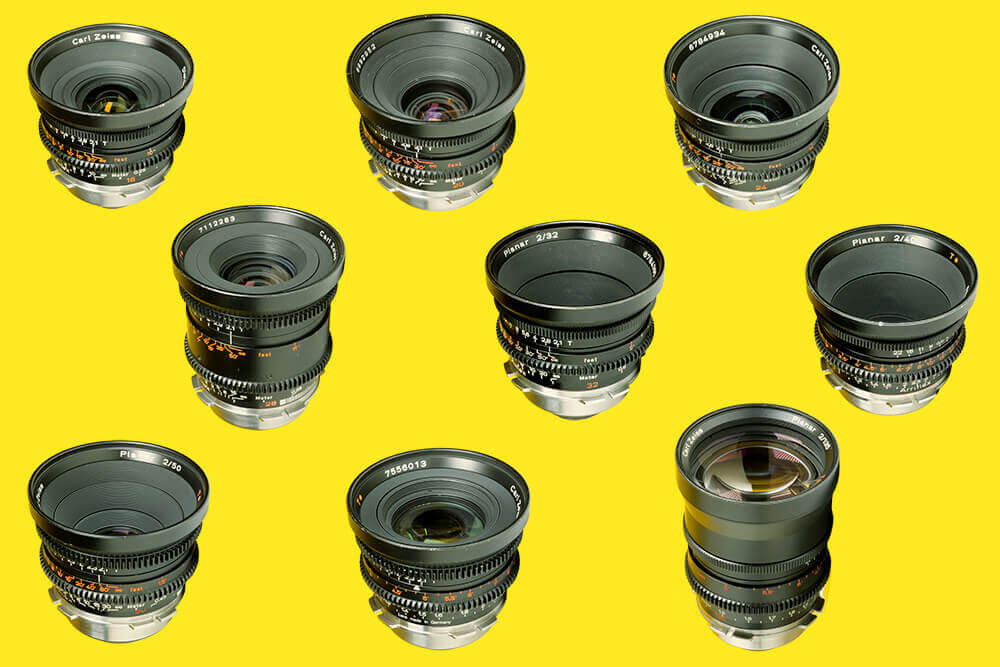 The Arri Zeiss Standard Speed Set MKII PL primes have been a big hitter in the film industry for the past 40 years and are still considered some of the best today. The Standard Speed Set primes were made in West Germany before the fall of the Berlin Wall and they still hold that historical character and personality. Considered as direct competition to the Cooke Speed Panchro primes, they are, however, thought of by most as being optically superior, offering a sharper and more punchy image.

They are relatively small, very solid yet lightweight and with the fast T2.1 aperture, they have a beautiful sharpness and natural bokeh that cannot easily be replicated by modern lenses. The Standard Speeds are also known for their contrasty look and their ability to add that timeless vintage film aesthetic when used on modern digital cameras.

The Standard Speeds beautifully match the Zeiss Super Speed look, having an identical coating and they are sharp all the way open (unlike the supers which get a little softer past about T2). The characteristic of the bokeh achieved by the Standard Speeds is fantastic and is often preferred by lots of established cinematographers over that of the Super Speed primes.

This lens set would be perfectly paired together with our Sony Venice 6K Camera.