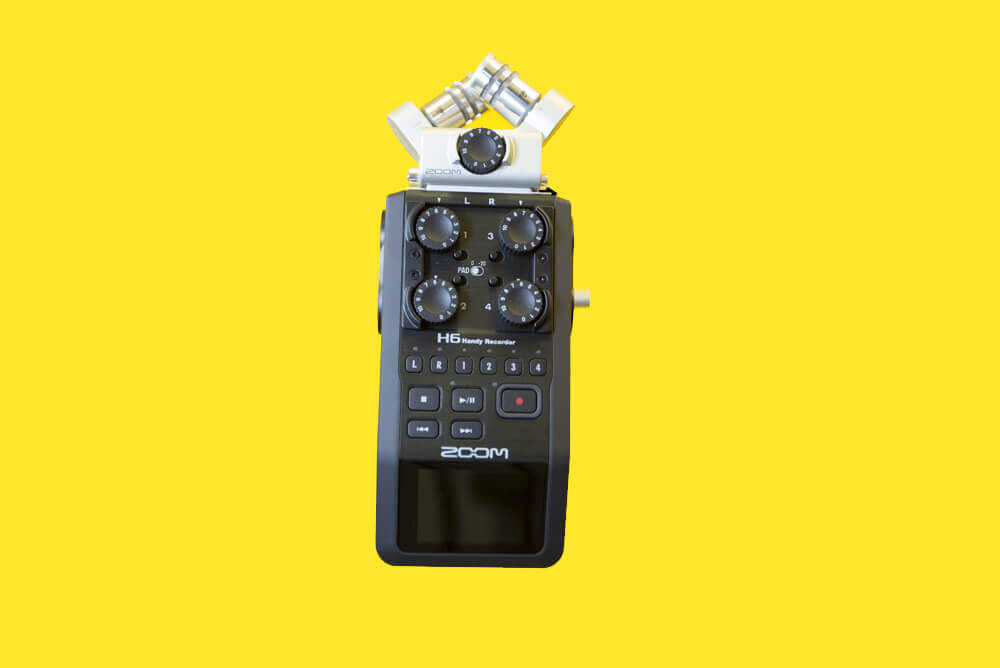 The Zoom H6 recorder. It’s a must have in your sound bag! At Zoom, they have been making great sound recorders for more than 30 years and the H6 is their best and most versatile product. With four interchangeable input capsules—X/Y, MS, Shotgun, and Dual XLR/TRS Combo— the H6 is the ultimate chameleon of the audio world, and its advanced preamps make it the best-sounding one too. Whatever you need it for – live recording, professional film/video work, on location or in the studio – the H6 can handle it with ease!

Zoom H6 recorder uses MS (“Mid-Side”) recording: an incredible technique that allows you to actually adjust the width of the stereo image after it has been recorded, making it especially useful for film, video and television projects. It sounds a bit like magic, doesn’t it. The basic concept behind MS recording is that the mid microphone picks up signal coming from the centre, while the side microphone creates ambience and directionality by adding or subtracting information from either side. The Mid-Side technique works well whenever you need a variable amount of room sound. It can also be used for studio recording, and its convenience and flexibility make it a good option for rehearsal and live concert recording as well. Another benefit is that it provides total mono compatibility, making it an excellent choice for stereo recordings that may eventually be played back in mono, such as TV broadcasts.

Need a mic to plug into your Zoom H6? Have a look at our shotgun mic range here!